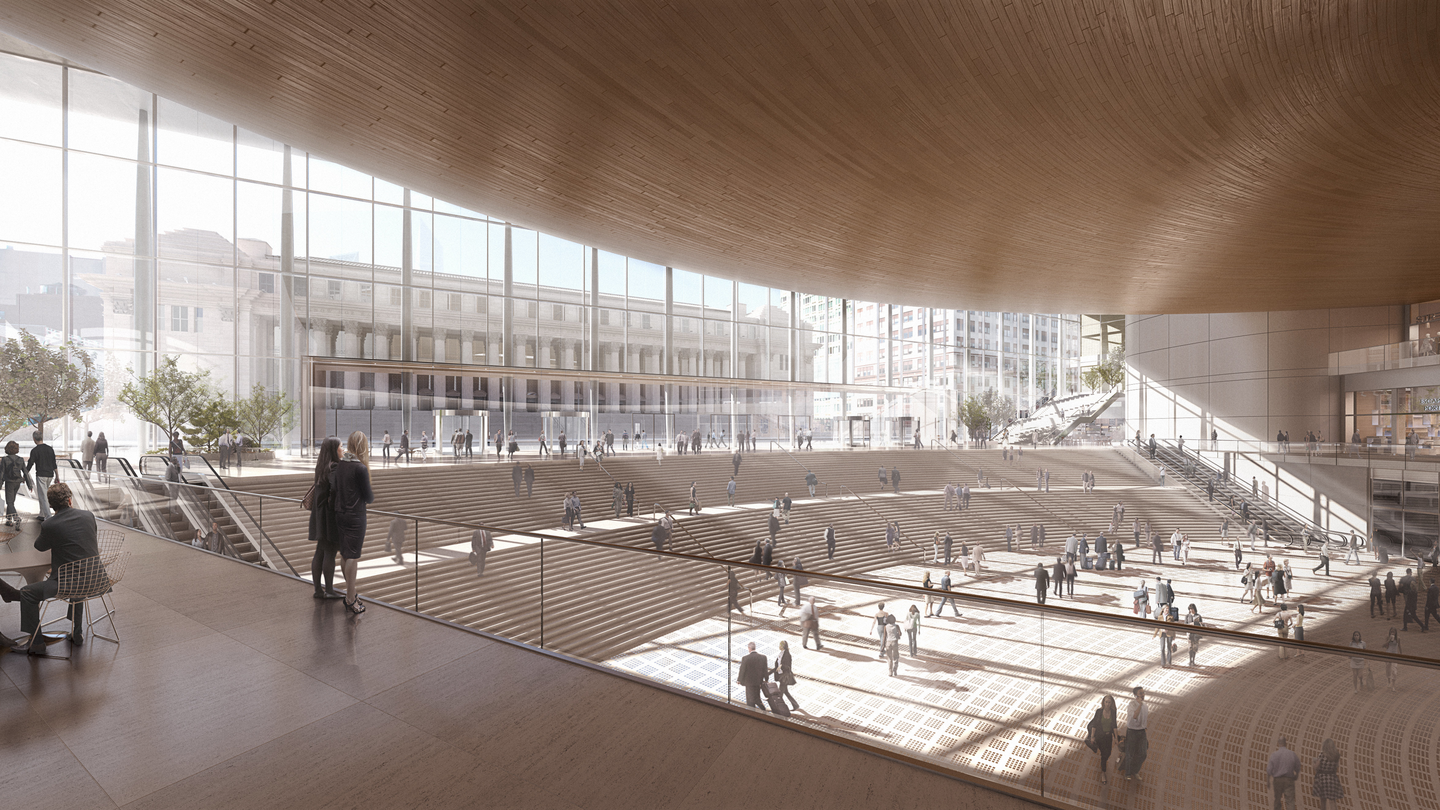 Perhaps with an eye toward an announcement at the governor’s State of the State speech in January, state officials are considering a Plan B, including reviving the idea of moving the 5,600-seat theater beneath Madison Square Garden…That would allow for an expansion of Penn Station and new entrances on Eighth Avenue.

On January 6, 2016, Cuomo announced the project, dubbed the Empire Station Complex, as part of his 2016 agenda.

During a press conference, the governor announced that responses to an RFP would be due back in 90 days, with groundbreaking set for later this year. The governor’s office also revealed renderings that depict a grand new entrance along the east side of Eighth Avenue, opposite the James A. Farley Post Office building, which is already undergoing transformation into a new train hall for Amtrak.

The renderings for Cuomo’s plan appear similar to an idea initially discussed in 2008 by Steven Roth, Chairman and CEO of Vornado Realty Trust, the largest landowner around Penn Station.

“[We] basically feel that something good is going to happen,” he said. “Either that the governments are going to get their acts together, which they probably will not, or … we have with Madison Square Garden a Plan B, which is they stay where they are, we take out the theater, we—underneath the seating bowl of the arena—put a new grand entrance to Eighth Avenue and a new grand entrance to the station on Seventh Avenue, and what that will do is create a grand train station. Not quite as grand as moving it, but pretty nice. Actually, spectacularly nice.”

The idea resurfaced in 2014 as part of a campaign by the Municipal Art Society (MAS) to generate ideas for the future of Penn Station. Architecture firm Woods Bagot presented renderings depicting a light-filled entrance to Penn Station replacing the 5,600-seat theater along the east side of Eighth Avenue.

MAS presented the concept as a ‘Plan B’ alternative to a much larger proposal that would move Madison Square Garden to the site bounded by Ninth and Tenth Avenues between West 28th-31st Streets, currently occupied by the US Postal Service’s Morgan General Mail Facility. At the time, we wrote that this Plan B proposal appeared to be the more viable option.

Woods Bagot’s – and Roth’s – proposal, by contrast, appears significantly more feasible and politically practical. It would address several of the station’s most critical needs–street presence, passenger flow, lighting, seating, and access to tracks–in a much shorter timeframe, and at much lower cost, than relocating the Morgan postal facility, building a new MSG, and demolishing the current arena, just to reach the point where a new Penn could be built. It would also be more palatable to the Madison Square Garden Company, because it preserves the $1B invested by the company between 2010-2013 to modernize The Garden.

With Governor Cuomo’s new Empire Station Complex proposal, the idea appears to be gaining traction. By making the project a key part of his agenda, Governor Cuomo is giving it the kind of political support it lost with the 2008 resignation of then-governor Eliot Spitzer. New York Magazine Architecture critic Justin Davidson noted that the Governor’s proposal shifts the project from a purely transportation-focused initiative to a commercial real estate development anchored by a transit hub, which increases the project’s attractiveness to developers, and gives the governor more leverage to make a deal.

Instead of a public-works project, this is now a real-estate deal to build a shopping mall with train access…The reality is that if the private sector has more money than the government does, Cuomo is wise to tap it, fast. He has an aptitude for knocking heads together, and while real-estate developers don’t react like State Assembly members, his real clout is the ability to make a deal.

Cuomo’s support is perhaps a greater benefit to the project than that of any previous elected official, given his track-record for jumpstarting other long-simmering mega projects, like the Tappan Zee Bridge replacement. Cuomo has also noted the project’s close relationship with Amtrak’s Gateway Program, the centerpiece of which is construction of two new tunnels to relieve the 115-year-old, Sandy-damaged North River Tunnels that are operating well beyond their original design capacity.

Maybe Cuomo is just hedging his bets, figuring that if one of these projects doesn’t get completed but others do, his pharaonic legacy won’t suffer too much. And yet he also seems to understand that the pieces are interconnected. Gateway would pump more New Jersey commuters into Penn Station, making it even more urgent to overhaul the festering inferno we have now. If the city gets in on the action, a rebuilt junction could galvanize a well-planned neighborhood, stretching from Seventh Avenue to a bigger Javits. 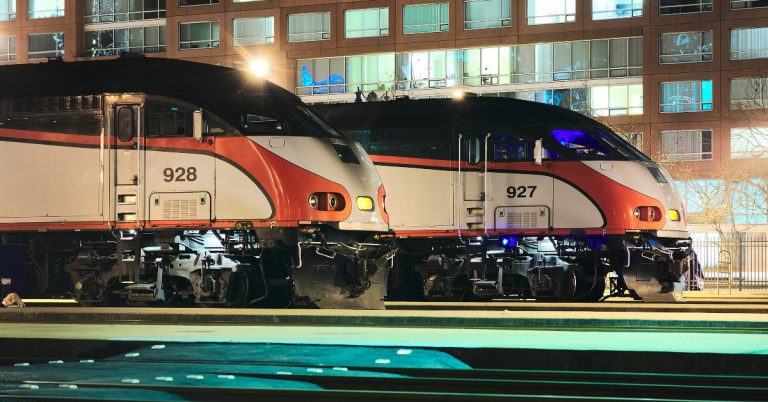